This was originally written by 2008 MUBC Club Coach, Dr Matt Dobra – an American who had a funky curve, played college ball and knew a lot about baseball. Whether you agree or disagree with some of the below interpretations, regardless it’s a fascinating read and a great starting point for new players, or as a refresher for current players – Benny

Like any sport, baseball has a set of “rules” that define the way the game should be played that go beyond what is written in the official rulebook.   These are the sorts of generally accepted rules that you will naturally pick up as you spend more time playing the game.  Our club is one that often has a lot of rookies, or guys/girls who are used to playing in different baseball environments (for example, softball, junior or Japanese baseball, etc.), and as a result we often have a lot of players who simply don’t have the same level of understanding of these customs as do our opponents, and occasionally may engage in “bush league” behaviour simply out of lack of understanding of these points.  Because the violation of these points of etiquette have the potential to turn a fun game of baseball into a nasty game of baseball very quickly, I feel it is worth taking the time to put some of these on paper so we can avoid some of these situations.

I am going to break these rules down into a few categories.  First, there are unwritten rules.  These are actions that, while technically legal, are considered to be bad sportsmanship.  Next, there are taboos.  Taboos are actions which are not only illegal, but often will infuriate the other team.  In the middle, there is a substantial grey area.  Actions which, depending on context, may or may not be bush league.  Finally, I’ll talk a bit about the etiquette around throwing at batters.  Depending on the situation, this can fall under any of the above categories.

Many of the unwritten rules of baseball pertain to the specific situation of when the game is very one sided. In a one sided game (typically with one team up by 7 or more runs), it is considered poor form to sacrifice bunt, squeeze bunt, attempt to bunt for a hit, or steal bases.  While it is generally OK to advance to second or third base on a wild pitch or passed ball, it should only be done if you will make it safely running at 75%. Scoring on a wild pitch or passed ball in this situation, however, is not OK.  If you find yourself in a situation where a collision with the catcher is imminent, avoid it by either sliding or giving yourself up. Trying to stretch hits for extra bases is also a no-no, so if you hit a ball to the outfield, unless you are 99.9% sure that you will be safe at second base, stay at first.  And on a 3-0 count, don’t swing for the fences.  In a real blowout (say a 12 run ballgame or more), the same rules apply, except you no longer take extra bases on wild pitches of passed balls.  At this point you just play what is called “station-to-station” baseball, and only attempt to advance on hit balls.

In addition to these “blowout” rules, here are a few other actions that, while technically legal, are not going to endear yourself to the opposition:

There are also a number of actions that, if done only occasionally, are fine, but if repeatedly attempted are considered to be bush league.  The ones that immediately spring to mind include repeatedly picking off (i.e. 5 pickoff attempts in a row), “trick” plays (hidden ball trick, “rainbow” play, fake throws, etc.), appealing every single check swing, or appealing too many tag-up situations (especially in a one-sided game).

For the most part, taboos refer to actions which unnecessarily endanger the safety of one or more players on the field.  For example, attempting to spike (sliding into a base with your feet intentionally well above the ground) an opposition player could get you thrown out of the game, but regardless of whether or not the umpire sees it and throws you out, it is considered to be very bad sportsmanship.  Another similar case is that of the fake tag.  Technically a fake tag is obstruction, and your action could potentially cause your opponent to do something that might lead to injury (e.g. make a late slide).

As much as I’d like to say that baseball etiquette is black and white stuff, it is not.  There are some shades of grey.  Take, for example, arguing with umpires.  Umpires generally have very little tolerance for this, and it typically does more harm than good.  After all, umpires are umpires because they think they are better than everyone else but suck at baseball.  And the DBA/VBA rules are such that umpires can throw you out of a game for anything they deem to be dissent.  However, there are certain situations where it is necessary, and that said, there are a few general rules of thumb.  Don’t dispute a call unless you are absolutely certain the umpire has got it wrong.  Be polite, control the tone of your voice, do not curse, and attempt to be informative rather than accusatory.  Be cognizant of the game situation, and pick your spots.  And if you are a catcher or a pitcher, never dispute strike calls while you are hitting.  And above all else, you are much better off if your coach does the arguing than if you do.

I’m not going to take the hard line approach and state that intentionally throwing at hitters is prima faciewrong.    I’d be a hypocrite if I did, and this is the primary way in which baseball etiquette is enforced. Generally speaking, throwing at hitters only leads to bad things, and often makes fun games turn nasty very quickly.  That said, here are some things to keep in mind.

We are a TeamMONASH club, affiliated with

Start counting down to….

The 2019 MUBC Winter Pre-SeasonMarch 20, 2019
To all players, new and returning - after Rookie Day on the 13th, our pre-season starts on Wed March 20th, 6pm at the Monash Uni baseball diamond. See you there! 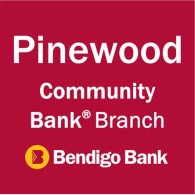